Wanderers is now available online through Amazon, Barnes and Noble, and other outlets. 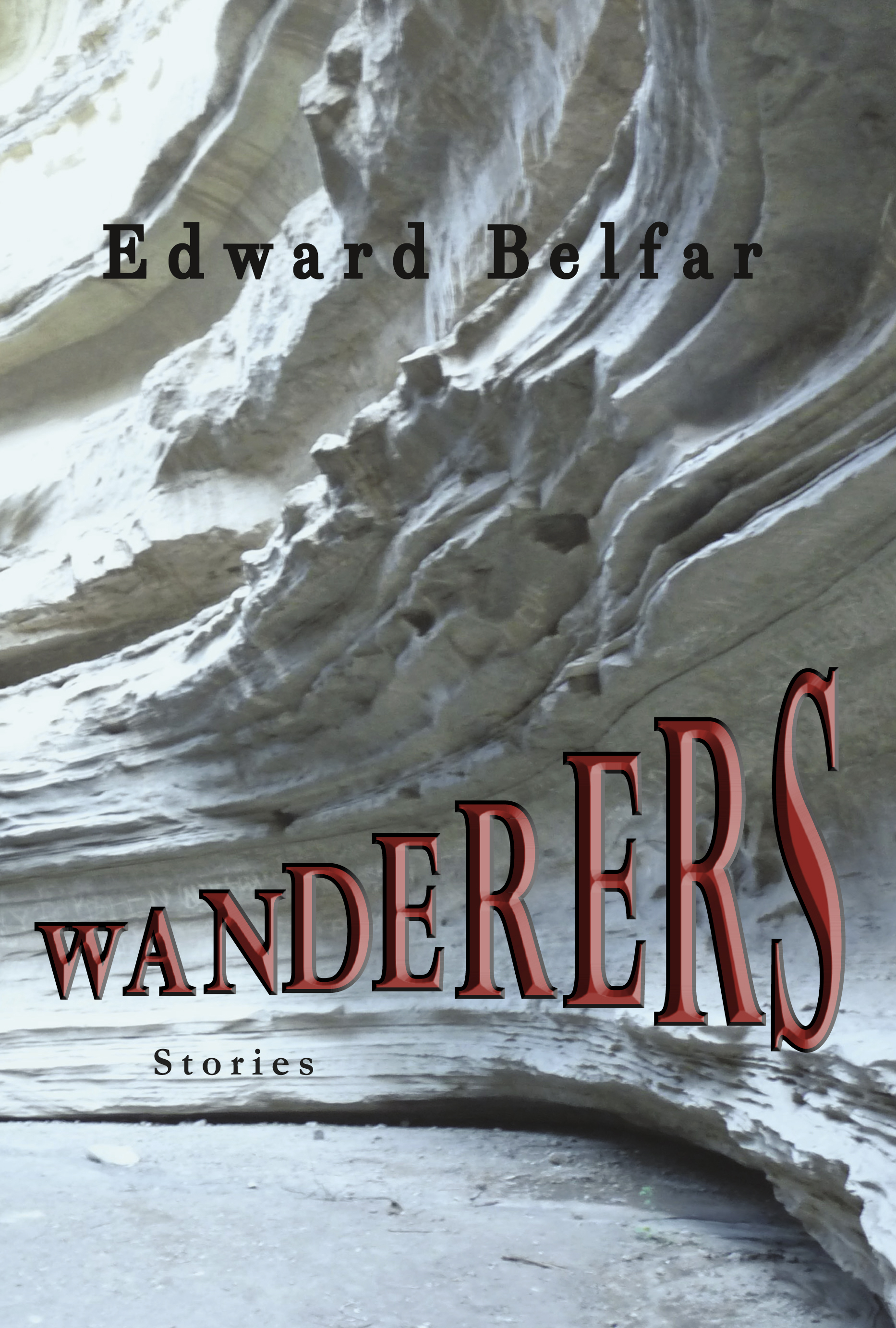 Click here to order from the publisher.
Amazon
Barnes and Noble

The wanderers of Edward Belfar’s debut collection of short fiction appear in a variety of settings—a piano bar in Rome, a hospital bed, a train traveling between Nairobi and Mombasa, the bleachers at Yankee Stadium—but nowhere are they quite at home. Often, they struggle to navigate geographical and emotional terrain that they find unrecognizable as they search for hope, redemption, and love.

The collection includes several stories set in Kenya. In “Mistaken Identity,” a blunder by an American groom-to-be at a traditional Kikuyu engagement ceremony lands him in hot water with his fiancée. “Something Small” depicts the inner struggles of a man trying to remain honest amid a culture of corruption. In “Departure,” an expatriate returning to Nairobi for a visit discovers her brother’s plans to raze the family home. Despairing of changing his mind, she sets off on what she expects will be a nostalgic voyage to the coast via the overnight train. Sadly typical of the Kenya to which she has come back, however, the elegant conveyances of her youth now exist only in her memory, and the journey becomes a grim test of her endurance.

Two linked stories trace the arc of a doomed marriage. In the first, a young groom spending a quarrel-filled honeymoon in Rome with his pregnant wife leaves their hotel room one night to wander the city alone. He blunders into a piano bar and finds he has made a costly mistake. In “Visitations,” set some years later, the same man, now paralyzed after getting drunk and flipping his car during another ill-fated flight from unhappy domesticity, endures a plague of unwanted visitors to his hospital room. One visitor, though, offers him hope of redemption.

The reverberations of a single life-altering moment are also felt in the story “Errors.” Still haunted by a misplay committed decades before that cost his team a championship, a former Major League baseball player reluctantly allows a reporter to persuade him to return to Yankee Stadium, the scene of his disgrace.

The title story, the final one in the book, revolves around a chance encounter between two nocturnal wanderers: a man whose life, in the wake of his estrangement from his adolescent daughters, appears on the verge of unraveling and his one-time law school professor, a formerly imposing figure whom age has left frail and disoriented.

(excerpt from “Something Small”)

The mutton, the kidneys, and the goat ribs had all been eaten long ago, but the coals in the grills still sputtered and hissed, and the smoke spiraled toward the sapphire sky. A score of children and a few quite tame German shepherds, all yelping with delight, gamboled about an expansive yard bounded by white stone walls lined with crimson bougainvillea. Less energetic, the adults settled into lawn chairs beneath the shade of two large jacaranda trees that were in full purple bloom and formed two circles, segregated by sex. The women ate chocolate cake and ice cream and talked of weddings and baptisms, of Christine Kuria’s engagement to John Kamau, and Mary and Patrick Karanja’s acrimonious divorce. The men, swigging from bottles of Tusker beer, spoke of politics, business, legal affairs, and the murky places where the three intersected.

Maina Waithaka, the host, crowed about how he had prevailed in a lawsuit against an estranged business partner. Tall and lithe, Maina had the build and the face—long, narrow, bony, and dusky, with fierce black eyes—of a Masai warrior but the dress and attitude of the prosperous Kikuyu that he was. Clad in charcoal trousers and a slate-blue shirt with black stripes that was crisply pressed but open at the collar, he sprawled lazily in his chair, grinning with satisfaction as he recounted the tale. “Luckily for me,” he said, “the judge assigned to the case was Humphrey Wainaina, Dad’s old golfing buddy. Well, I just had to invite Humphrey out to Windsor to play a round or two for old time’s sake. It was the polite thing to do, after all. I told him if he beat me, I would cater his daughter’s wedding at no cost to him. I let him win, of course. It cost me a small fortune, but it was well worth it. It’s the price of doing business in Kenya. If I had lost that lawsuit, I would have been ruined.”

“Another triumph for our justice system,” huffed Mwangi Wacira.

These poignant stories will linger with the reader long beyond the final page.